Additionally Ansible can create hosts in EC2 (and other clouds or VPS providers such as digitalocean), in Vagrant, through cobbler, etc.

Key concepts of Ansible include:

Playbooks specify a list of tasks* that are run in sequence across one or more hosts. Each task can also run multiple times with a variable taking a different value

Inventory is the representation of information about hosts — what groups a host belongs to, the properties those groups and hosts have. A hierarchy of groups often results 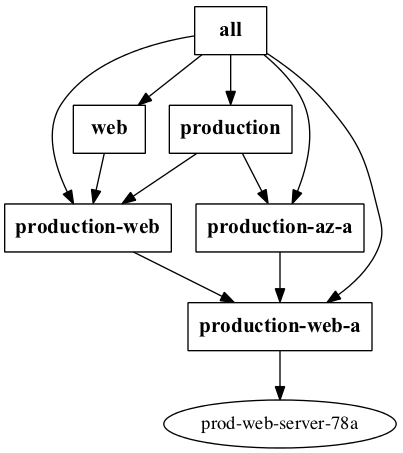 Templates allow you to generate configuration files from values set in various inventory properties. This means that you can store one template in source control that applies to many different environments.

An example might be a file specifying database connection information that would have the same structure but different values for dev, test and prod environments

Roles are a way to encapsulate common tasks and properties for reuse. One example is to install java, a very common task!

If you find yourself writing the same tasks in multiple playbooks, turn them into roles.

Getting started with Ansible

Ansible modules are designed to be safely repeatable

Use the file module rather than command with rm, mkdir, rmdir etc.

As with any software development, make the most of the tools of your environment. Agree coding standards with your teams, and enforce them with pre- or post-commit scripts.

You can use e.g. ansible-playbook --syntax-check to ensure that the playbook is syntactically valid, for example

This is not specifically Ansible related — there are some things you just have to do to manage AWS. But this is how the two go together

Ansible relies on boto. With a suitable ~/.boto config file, the playbook that creates an instance looks a bit like:

There are Ansible modules for managing: